How is MIU radically different?

Interacting Safely with Wildlife in Iowa

The tranquil slopes of the Jefferson County Loop Trail and the placid waves of the Bonnifield Lake in Waterworks Park give everyone the impression that we can enjoy the outdoors safely—and rightly so.

White-tailed deer are plentiful on campus. They often graze or eat fallen fruits from under the apple tree across from the Golden Dome Market. 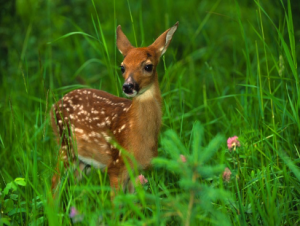 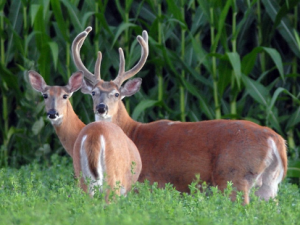 Although most of us enjoy the sight of these beautiful animals, driving with so many deer in the vicinity can be challenging, especially in the fall, during the rut (mating season) and hunting season.

If you see a deer on or near the road, brake firmly, but do NOT swerve out of your lane, either into on-coming traffic or off the shoulder into a ditch.

If you hit a deer while you are driving, move your vehicle to a safe place, and call 911.

Wherever there are herbivorous animals like deer, there are carnivorous animals—or so we might think. In present-day Iowa, this is not the case. The deer population is controlled and harvested by human hunters, not their natural predators, such as mountain lions. 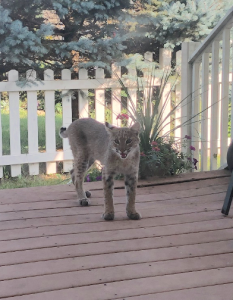 Originally, three wildcats were native in Iowa: bobcats, lynx, and mountain lions. Today, only bobcats have established populations in Iowa and are protected by law.

Bobcats are the size of a medium-sized dog, about 3 feet in length, 20-30 pounds in weight, and have beautiful light brown fur with darker dots and lighter colored belly fur. Bobcats are famous for their tufted ears. Bobcats eat rabbits, mice, and squirrels, and never attack humans.

Bobcats are very secretive animals, so consider yourself exceptionally lucky if you see a bobcat around campus!

Here is some more fascinating information about bobcats:

During the spring, some Iowans report to the authorities their sighting of “mountain lions”. Very rarely are these sightings confirmed. Most of the time mountain lions are mistaken for yellowish dogs, bobcats, feral house cats, or deer.

Adult male mountain lions are quite big, 7-9 feet long, weighing between 90-160 pounds. Mountain lions are silver-gray to cinnamon tawny brown in color. They have small heads, small rounded ears (that are NOT tufted), and powerful shoulders. They have a long, heavy tail, 2-½ to 3 feet long and the last 2 inches of their tails are black. The mountain lion usually lives alone, in almost complete isolation from other cats, and enjoys hunting between dusk and dawn for deer and small mammals. 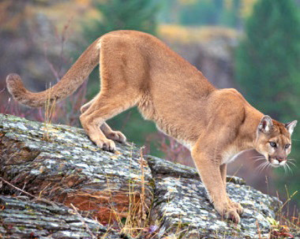 Iowa has no established mountain lion population. Mountain lions have a very small breeding population in the neighboring states of Nebraska, South Dakota, and Missouri. Young males might be chased away by dominant older males and then wander over the border into Iowa. Although Iowa offers ample food, it lacks the large expanses of wild open country and female mates that these young males seek; so, their time in Iowa is usually short and they move on quickly.

Like bobcats, mountain lions avoid people, and under normal circumstances do not attack humans.

In the Western states, where the mountain lion population is much bigger, runners, mountain bikers, and cross-country skiers occasionally suffer an attack by mountain lions. When this happens, experts believe the animal is probably surprised by the fast movement of the sportspeople which stimulates the animal to chase and sometimes attack. Small children playing alone outside may also become a target.

Over the past 150 years, no mountain lion attack has ever been recorded in Iowa. Authorities believe this will continue because although Iowa has more than 100,000 deer for them to hunt, only a handful of mountain lions pass through the state for the reasons explained above.

However, it’s good to know what to do, and what not to do, if an unexpected encounter with a mountain lion should occur.

First, do NOT run. Running gives the cougar a stimulus to chase you. Stand tall, look big, puff up, and lift your hands or coat over your shoulders. Take control of the situation. Scream loudly and throw objects. Gather children in close and lift them up without bending down. Then slowly back away keeping your eye on the animal. If attacked, fight back vigorously with sharp objects and poke the eyes of the animal.

In Fairfield, usually at night, we may occasionally hear a pack of coyotes in the vicinity of the MIU campus. Coyotes howl to communicate with each other. The howl of the coyote is high-pitched, excited and there is a lot of yipping and yelping in it.

Coyotes are native in Iowa and they are the largest predator in the state. They belong to the group of canines, live in packs, and eat a great variety of food: fruit, grass, insects, rabbit, mice, deer, also trash, and pet food. Coyotes are the size of a bigger dog, four feet in length, shoulder heights of approximately 20-22 inches, and weigh 30-40 pounds. They usually look thinner and somewhat emaciated compared to a well-fed dog. 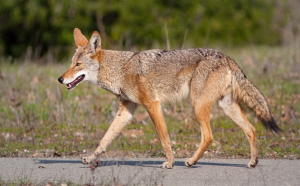 hen it comes to human interaction, healthy (non-urbanized) coyotes are shy and non-confrontational creatures. They do not attack people, especially not adult humans. Never run from a coyote, stand firm, look large, and make noise. Coyotes are easily frightened off by loud noises (screaming, clapping) and aggressive motions like hand waving and stomping. By comparison, an over-protective dog is far more dangerous and ready to attack a human than a healthy wild coyote.

Sick or injured animals can be unpredictable, however. Rabies, which might occur in coyote populations, might change the behavior of the animal to something much more aggressive. If you come across a coyote that does not seem fearful of you, and instead acts fearlessly or unnaturally nonchalant, without delay seeks to cover and immediately call 911.

While walking around the lakes nearby campus, especially early in the morning, once in a while you might catch a glimpse of a snake before it disappears in the grass. The great majority of snakes are not harmful. There are only four venomous snake species native to Iowa and seeing them in this part of Iowa is extremely rare. None of these poisonous snakes have ever been reported to live on or around campus.

You can find more information about Iowa snakes here

If you see a snake, stay far away, especially if you do not know how to identify poisonous snakes. Avoid going closer and give the snake sufficient time to escape. If you suddenly notice a snake in front of you, don’t move; stay still to avoid alarming the snake. If you startle the snake it could strike in self-defense. Don’t make any sudden movements and after a little while, slowly back away.

If someone is bitten by a snake there is a good chance it may be poisonous, so call 911 immediately, and keep the person calm and as still as possible until medical help arrives. Never cut or attempt to suck the wound of a snake bite. 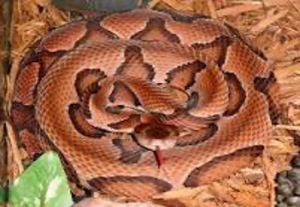 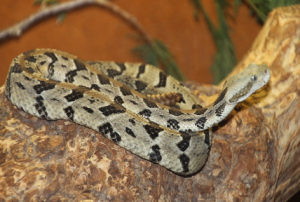 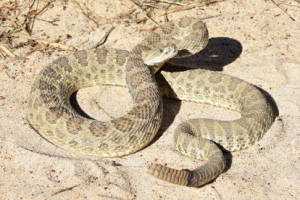 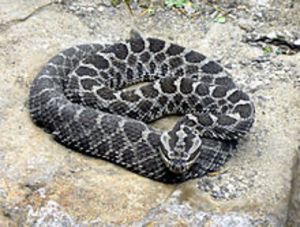 Strength is in numbers: it is always safer to enjoy any form of outdoor recreation with a group of friends. Do not forget to bring your mobile phone! Enjoy the outdoors!

In general, avoid unpleasant wildlife interactions by being aware of your surroundings and knowing how to react in potentially dangerous situations.

We hope you found these basic safety points helpful and may all your encounters with the local wildlife be safe and enjoyable!